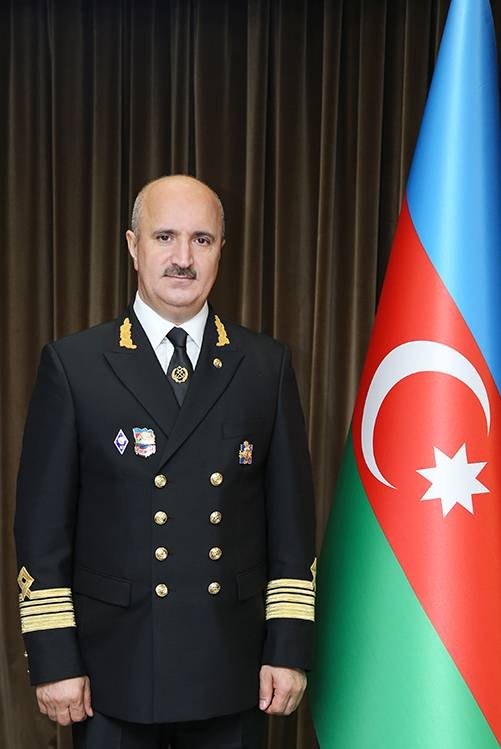 Rauf Valiyev was born in 1965 in Jabrayil region of Azerbaijan. In 1990, he graduated from Leningrad Water Transport Institute and in 2004, from the Academy of Public Administration under the President of the Republic of Azerbaijan.

During 1990-1997, Mr.Valiyev held various positions at the executive board of ”Caspian Sea Oil Fleet” as Engineer-Constructor, Engineer of the Surveillance Group on Shipbuilding, group chief, Chief of the International Relations Department and since 1997 as Deputy Head on International Relations. In 2006-2007, he was the Chief of the Department on Fleet Affairs in State Oil Company of Azerbaijan Republic (SOCAR) and during 2007-2013 he served as the Head of the Transport Department of SOCAR (Head Office).

Mr.Valiyev was appointed the Chairman of “Azerbaijan Caspian Shipping” CJSC by the Decree of the President of the Republic of Azerbaijan, dated 22 October, 2013.

By the Decree of the President of the Republic of Azerbaijan, dated on September 19, 2011, Mr.Valiyev was awarded the title of the “Honored Engineer”.

Mr.Valiyev is married and has two children.

Mr.Valiyev is the member of New Azerbaijan Party.